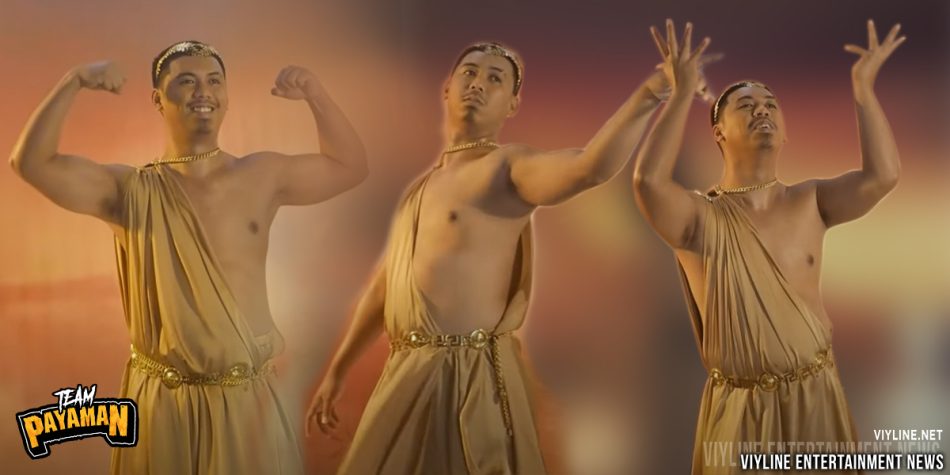 Supporters are in awe of the soon-to-be-mom’s pregnancy photos, which also garnered Mother’s Day greetings in the comment section.

But of course, Cong TV’s legion of fans a.k.a “Chicken Feet Gang,” won’t let the viral photo slip without intending puns all over.

Nope, we’re not talking about Doctor Strange! We have our very own Cong TV living in a multiverse!

Netizens proudly shared their creative and witty imagination on Cong’s role during Viy’s recent photoshoot. Here are some of the wittiest photos we’ve seen, and we’re here to share with everyone the fun!

But he can be a Greek God too! In a Facebook post, Cong TV’s long time girlfriend, shared: “Kapit bahay niyo suko na! #maternityshoot”

Got your own version of Cong TV Multiverse Maternity Shoot edition? Make sure to share it with us on our official Facebook Page!

The VIYLine Group of Companies CEO also proudly flaunted her soon-to-pop baby bump and showed it off across social media platforms.

After posting, the gorgeous preggy mom received a lot of mother’s day greetings, which made her feel even more excited to see Kidlat in the flesh.

There is surely more to expect from the maternity shoot and we’re here for it! Make sure to stay tuned and watch Viy’s upcoming maternity shoot vlog as well as VIYLine Media Group’s VIYhind the Scene clips during the shoot.