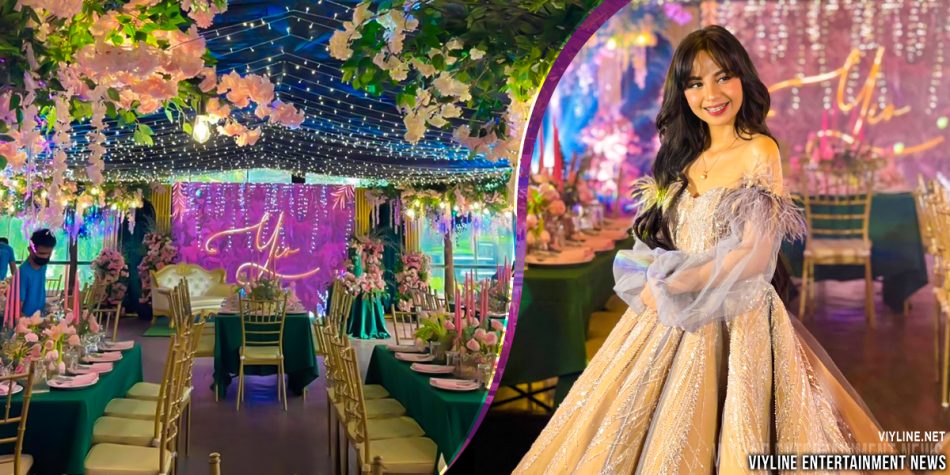 Yiv Cortez is an image of elegance and sophistication during her 18th birthday debut party last April 28, 2022.

The entire night was filled with fun and emotion as our darling debutante could not help but express unending gratitude for making the grandiose party happen.

Join VIYLine Media Group as we give you a glimpse of Yiv Cortez’s dreamy debut celebration.

Yiv donned a princess ball gown as she entered the venue’s prestigious “glass house.” Halfway through the program, our debutante revealed the sophisticated mermaid cut dress underneath her ball gown.

One of the highlights of the night was when the Cortez patriarch danced with each of her daughters. It gave them a chance to experience such a moment, especially for Viy, who did not have an opportunity to have a debut party when she was 18.

Meanwhile, Mrs. Cortez could not help but reminisce about the old times when she had to juggle her career while raising her Tres Marias.

As her loved ones showered her with gifts, Yiv received a customized cake from her VIYLine Skincare family. Viy Cortez’s 18-year-old sister is one of the ambassadresses of the skincare line’s new product called “Teens Luminous Acne Solution,” made especially for teenagers with sensitive skin.

Meanwhile, as part of the 18 Treasures, the renowned YouTube content creator gave her sister a generous cash gift. Viy said she decided to sign a six-digit cheque for her sister to fulfill one of her dreams to become a businesswoman.

The soon-to-be-mom also gave her some words of wisdom in terms of starting a small business.

Watch out for Viy and Yiv Cortez’s upcoming vlog to see how the memorable night transpired.