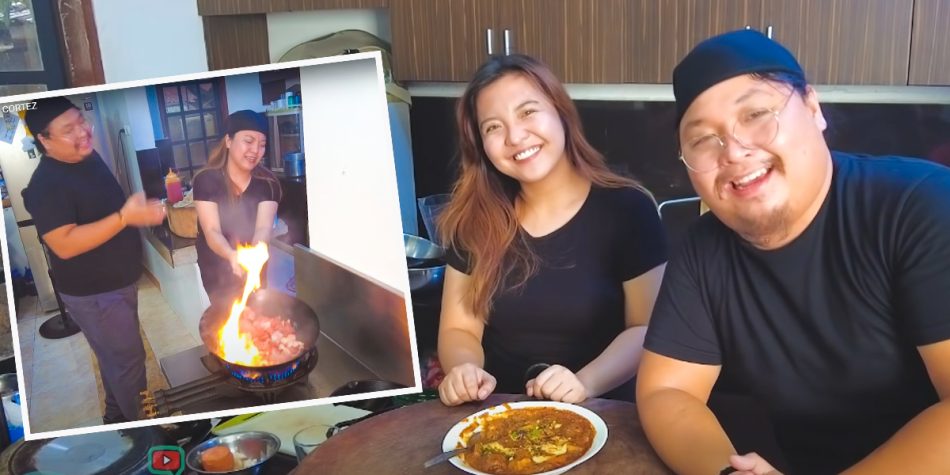 Is the dream collab finally within reach?

Minutes after the start of the video, Ninong Ry can’t help but mention VIYLine Skincare and VIYLine Cosmetics.

How did this happen? Join VIYLine Media Group (VMG) as we go through the mouth-watering vlog of the renowned “Ninong ng Bayan.”

Dorayaki or Japanese Pancake tingles the memories of “Batang 90s” as this is the favorite food of Doraemon, one of the most loved cartoon characters of the 90s and early 2000s.

Hence, people of various generations, especially kids at heart, can’t help but feel nostalgic whenever their childhood gets referenced on current content.

As a tribute to the legendary Doraemon, Ninong Ry recreated the pancake loved by the titular character. He started the video by going through all the ingredients needed for the pancake and the filling inside.

For the pancake mixture, Ninong Ry used ⅓ cup of flour, ⅔ cup of sugar, three teaspoons of baking powder, a pinch of iodized salt, four pieces of eggs, and two tablespoons of honey, one teaspoon of oil, and 1 to 2 tablespoons of water.

As for the pancake’s stuffing, originally, Dorayaki’s filling was red bean paste. In Ninong Ry’s version, aside from red bean paste, he also used blueberries and Filipino fillings like ube halaya and macapuno as an alternative for the stuffing.

Now, the big question is how in Nobita and Doraemon’s world did VIYLine Cosmetics and VIYLine Skincare get involved in this cooking vlog of Ninong Ry?

Yep, you read it right. Ninong Ry just referenced VIYLine products and attributed the smooth texture of his pancakes to the skincare and cosmetic line of fellow YouTube vlogger Viy Cortez, who is also the CEO of VIYLine Group of Companies.

As Ninong Ry was carefully cooking the pancakes and meticulously maintaining equal heat on the pan’s surface, he couldn’t help but rejoice once he saw the smooth surface of the pancake when he flipped it over. He noticed the soft and supple outcome and teasingly mentioned Viy Cortez’s skincare and cosmetics line.

Indeed, VIYLine Skincare and VIYLine Cosmetics products make the surface of our skin smooth and supple, like the texture of Ninong Ry’s pancakes.

Using VIYLine Skincare’s soaps and lotions would nourish, clean, and deeply exfoliate the skin making the users feel younger and be visibly brighter, and glowing.

Meanwhile, the 3-in-1 Multi Pot Cookie & Cheesecake On-the-go Collections of VIYLine Cosmetics would build users’ confidence when they go out on the streets.

So, if you want to have your skin as smooth as Ninong Ry’s pancakes, you don’t need to call Doraemon. Treat yourselves with VIYLine products now!