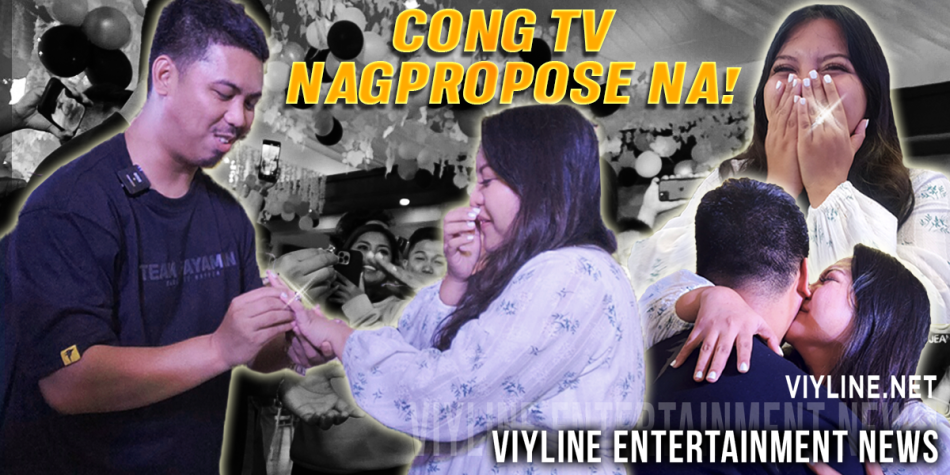 The moment we have been waiting for has finally arrived! YouTube power couple Cong TV and Viy Cortez are now officially engaged after seven years in the relationship.

Right after the baptism ceremony of their firstborn son and the birthday celebration of Cong TV last Oct. 27, the 31-year-old YouTube content creator finally popped the question that Viy and the legion of their fans had been waiting for.

In his latest vlog, the 31-year-old Lincoln Velasquez detailed how he planned the epic marriage proposal to his longtime girlfriend

Will you marry me?

While having lunch with their family and the entire entourage of Team Payaman, Boss Keng invited everyone to join a simple game called “Walang Tatawa Challenge” with a twist.

He requested everyone to put out their phones, turn on the front cameras, and hit record. And once everybody, including Viy, hopped on the first condition, Cong popped out of nowhere with a microphone and a ring in one hand, saying: “Love, will you marry me?”

The entire hall cheered and was clouded with overwhelming emotions as Viy grasped in joy and tears.

While holding her emotions, Viy nodded and answered, “Yes!”