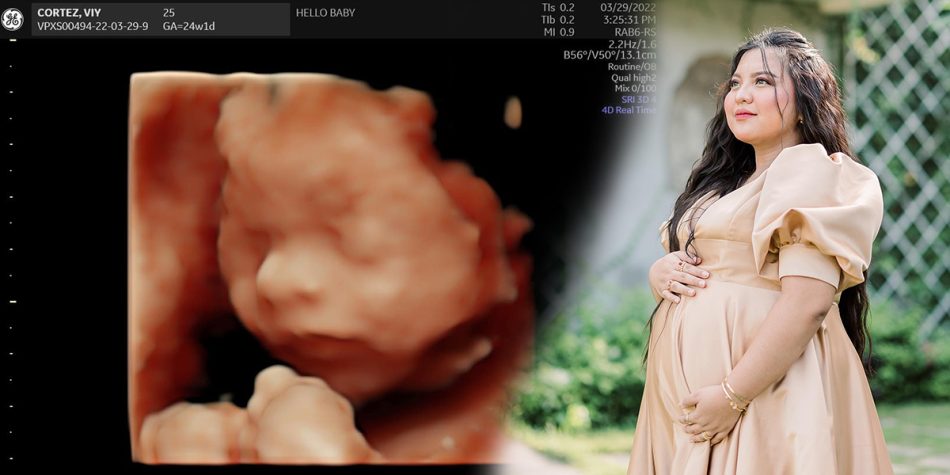 Earlier this week, the 25-year-old YouTube content creator attended the wedding of fellow Team Payaman members, Junnie Boy and Vien Iligan-Velasquez. In the middle of the wedding festivities, Viy unfortunately got into a slight accident.

In a Facebook post, Viy revealed that the unexpected incident made her fear about the safety of her 6-month-old unborn child.

According to Cong TV’s longtime partner, she tripped over even while wearing flat slippers. She luckily managed to support herself and through the help of the people around her.

She also explained why she seemed to be MIA or “missing in action” during the post nup photoshoot with the newlyweds.

VIYLine Media Group learned that the soon-to-mom decided to take a rest after Junnie and Vien’s church wedding ceremony, that is why she was unable to join the entourage pictorial.

But Viy Cortez managed to join the rest of the gang during the reception program, where he and Cong Velasquez even blessed the newlyweds with a whopping P500,000 monetary gift.

The following day, the vlogger-turned-entrepreneur rushed to Hello Baby Ultrasound to check on Baby Kidlat’s condition.

Fortunately, the baby boy is safe and sound, based on the ultrasound snaps and clips shared by the concerned mom.

In a separate social media post, Viy Cortez shared a glimpse of her 6-month-old baby bump.

The expecting mom is looking blooming as ever while wearing a champagne puff-sleeved bridesmaid gown and sporting wavy curls.

In the caption, VIYLine’s lady boss addressed Baby Kidlat, asking him to fight for his life until the day they meet. However, the witty vlogger did not forget to put a comedic pun while referring to her soon-to-be baby daddy.

She has been jokingly referring Cong TV as Baby Kidlat’s “mabait na kapitbahay” or friendly neighbor.

In a series of vlogs, Viy humorously “demoted” Cong TV from Kidlat’s father to Uncle Cong, and now as kapitbahay.

The mom-to-be joked that she would love to demote Cong as Kidlat’s uncle or neighbor as he is barely around during her pregnancy. LOL!