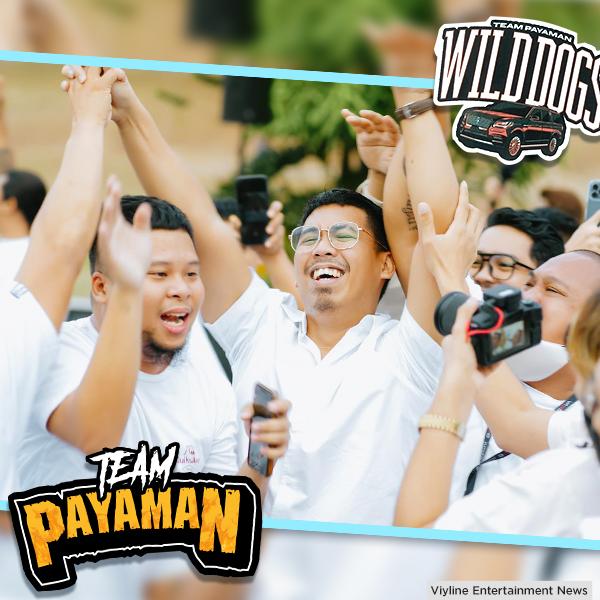 These are the banters of the boys and girls of Team Payaman when Cong TV and Viy Cortez arrived at Palazzo Verde, where Baby Kidlat’s grand gender reveal transpired. The renowned content creators shared Kidlat’s gender to the public last Saturday, Feb. 6, 2022.

With the intimate event celebrated with the couple’s family and friends, VIYLine Media Group (VMG) exclusively got a chance to sit down and chat with the boys and girls of Team Payaman.

TP Wild Dogs for the win!

“Hello, my friend!” This is how VMG was greeted by Steve (vlog editor of Cong TV) at the cocktail table while enjoying treats from the event’s grazing table.

As a consensus on their previous vlogs, Team Payaman’s wild dogs had their dibs on Kidlat being a boy.

Apparently, our beloved Sri Lankan national has his dibs on Kidlat being a girl. Regardless of his loss on their bets, it was apparent that Steve and the boys were still thrilled that they would have a wild puppy in their team.

VMG also chanced upon Team Payaman’s wild cats. They happily gathered around the beautifully decorated reception area as they gleefully (and animatedly, might I add) discussed the result of the gender reveal.

Pat Velasquez revealed that she lost a whopping P7,000 on her bet as she made her dibs on having a young cat on their team (Those lucky dogs. LOL.).

On the other hand, Venice Velasquez shared that she was glad that Kidlat turned out to be a boy. She added that regardless of the bets (which she won, by the way) and the back-and-forth banters of the group, they were still grateful for God’s blessing in the form of Baby Kidlat.

VIYLine Entertainment News also got a chance to have a one-on-one interview with Chino Liu, better known by the screen name “Tita Krissy Achino,” who also shared some sweet messages for Baby Kidlat.

“Napakaswerte mo Kidlat, because you are loved by everyone.”

It was indeed a great time speaking with Team Payaman on their bets and dibs during the gender reveal. Regardless of TP and the entire social media universe’s bet, Cong TV and Viy Cortez emerged as the big winners of the night.